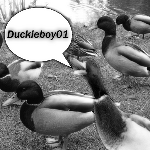 Hey there, Mountain Dew Wiki users! My name is Duckieboy01. I am a soda fanatic from Cincinnati, OH, that has interests in all of the soda brands of the market, including Mountain Dew mostly nowadays!

My history of the Dew and the wiki!

What made me join the Mountain Dew Wiki, you may ask? It's because of the DEWcision promotion from 2016 that made me hyped for Mountain Dew that year. I was a Pitch Black supporter since when they first announced the drink coming back for a limited time to compete with Baja Blast. Why Pitch Black to win? It's just because that Pitch Black didn't release quite as much as Baja Blast did in comparison from those years. After Pitch Black won the promotion, I was thrilled about Pitch Black being a permanent flavor to the lineup. That increased my interest in this wiki.

A year since the DEWcision 2016 happened, a flavor called DEW-S-A was out for summer 2017 for a limited time. For the first time, when I've tried DEW-S-A, I'd thought to myself that this is my favorite Mountain Dew flavor I've ever tried! (despite being I haven't tried Citrus Cherry at the time and it's number 1 on my list currently) So, I bought more 12 packs of this to drink so often and until out of nowhere, this glorious drink was discontinued before I even know it!

A few months after its discontinuation, I was very lucky that I visited a market store in my hometown to ever come across three unopened cans of DEW-S-A I was excited to see those last three DEW-S-A cans from my market store. So, I picked those cans up and put it in my collection with my unopened DEW-S-A 12 pack where I first saw it. As of today, I still even have those loose cans and that 12 pack in my collection. After all of that, it increased my interest in this wiki even more.

I also edited some more pages which are big and small in size from the pages themselves. I helped by adding infoboxes, adding history, fixing the pages, and many more pages that I've worked on. I also check on people's contributions to see which edit that if it's good, vandalized, rumored or unnecessary. If some of the wiki pages go out of hand, then I will try to fix the mistakes that the users had made or I'll just message them about their behavior of the past months or weeks.

Since all of these Mountain Dew flavors starting or have started to release. I would be excited to taste any new flavor or the re-release of any flavor!

Nowadays, you can find me edit some flavors of the wiki of Mountain Dew! Also, I am pretty active in this wiki, so expect a new good update from me. Enjoy my profile page!

Retrieved from "https://mountaindew.fandom.com/wiki/User:Duckieboy01?oldid=49549"
Community content is available under CC-BY-SA unless otherwise noted.