This page shows and details the various logos used by Mountain Dew over the years from its debut to the present day. To see all logo images on the Wiki, see Category:Logos. Also see Logopedia. 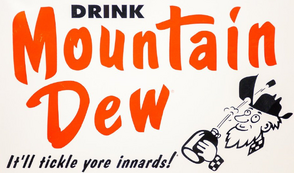 The original Mountain Dew logo. Used from the beginning on glass bottles all the way until 1969, when it was retired. It had recently made a comeback on Real Sugar's previous packaging. Due to shifts in pop culture and popularity, they changed the design.

Found on packaging as 1969, this retro-style logo (and multiple variations of it) was used all the way until the mid-90s. Throwback used this logo in three of its releases: its first release in 2009, special glass bottles of the drink beginning in 2013, and again in 2020 when it was renamed Real Sugar. In addition, the Malt Flavor Johnson City Gold from the regional Dew promotion used this logo, as did a few Green Label Art aluminum bottles. 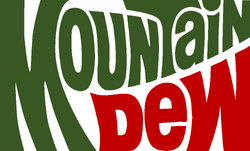 This logo version had a pointed "D", called the "Wave", which was later removed. This logo ran for about 11 years before it was modified. 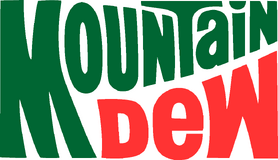 This version of the logo was the same as before, but the pointed "D" was changed. This logo ran for about 16 years until it was replaced. In 1991, it was made thinner and taller. 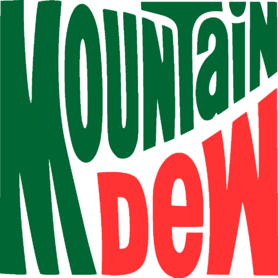 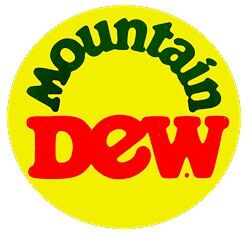 This logo was seldom seen and could have been conceptualized about the same time as the "Reach for the Sun, Reach for Mountain Dew" or "Taste the Sunshine" campaigns. 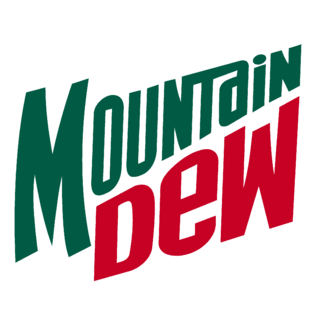 Found on packaging from as early as 1996 to as late as 1999, this logo served as somewhat of a bridge between the previous and the next. This logo only ran for about 4 years, making it the shortest running logo (that wasn't a test logo or limited run). 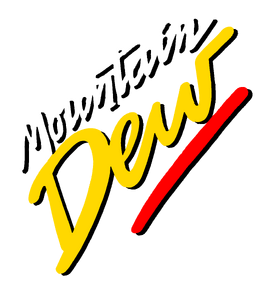 In the 1990s, Mountain Dew products in Asia began using this logo, which had a completely different typeface than the United States logo and was surrounded by "WILD COLOUR" and "SMOOTH TASTE". Also, when Mountain Dew was released in the United Kingdom in 1996, it used this logo, which was used all the way up until it was discontinued in those countries due to low sales.

In 1991, some Mountain Dew cans began using this logo, which had a different typeface, as well as a banner below the logo reading "THE ORIGINAL". This logo was also used on Diet packaging and was discontinued a year later. Also, this logo was released in Japan, and Dry Ginger used a variation of this logo when it was released there in 1990. 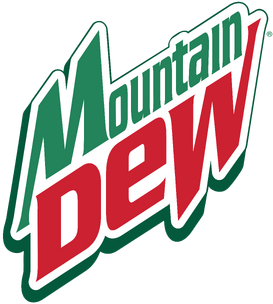 This logo premiered on New Years' Day, 1999, and lasted until 2005. During this time, Code Red, LiveWire, Pitch Black, Baja Blast, and Blue Shock Freeze all entered the market and thus used variations of this logo. 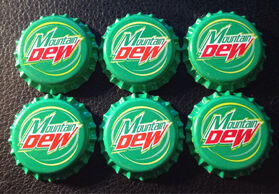 In 1999, there was a West Jefferson Dr. Pepper version of the 1999 - 2005 logo. Compared to the original, this version's logo shows sharper edges and uses a slightly different font. This West Jefferson Dr. Pepper logo was only found in metal bottle caps in glass bottles. There was also a diet logo version found on other bottle caps with this logo. 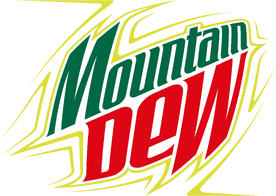 In 2005, this logo began appearing on packaging, with the words: "Same Dew, New View." All pre-existing flavor variants used their own version of this logo, and all new flavors used it until 2009. During this time, Voltage, Supernova, and Revolution used this logo.

This was the prototype logo for Mountain Dew, which premiered in 2009. Images began spreading of bottle designs for Regular Mountain Dew, Diet Mountain Dew, and Mountain Dew Voltage using this logo, but it was not well received because it seemed to look more like a generic brand. It was only used in a test run in the city of Chicago. 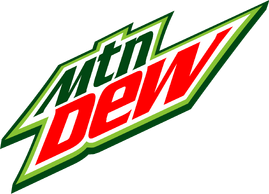 This was the previous logo, which premiered in 2009 on the regular and Diet packaging. All new flavors (except Throwback) after this transition used this logo starting with the 2009 WoW Game Fuel flavors and as well as Diet Ultra Violet. 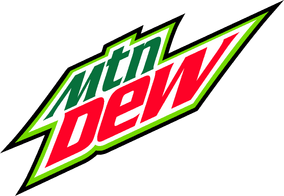 Starting in early 2017, the logo was slightly modified on various sizes of bottles, cans, and the background of various Mountain Dew flavors. The slightly modified logo was first seen on the Cold Fusion Freeze back in 2013 as a prototype version of the early 2017 logo for the United States. The background was changed from a rocky dark green mountain type of design into a more brightly colored abstract variety of greens and black which is similar to the one used on many European cans and other countries. 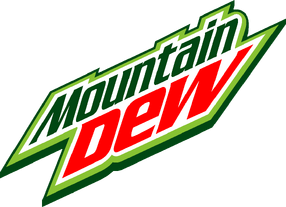 With the re-branding of the Mountain Dew line up in Canada beginning in February 2012, this logo was specially designed to be used on its packaging. It was based directly on the current logo used in the United States, but the word "Mountain" was not abbreviated. In January 2017, Mountain Dew Canada announced that it would be re-branding to the American logo. 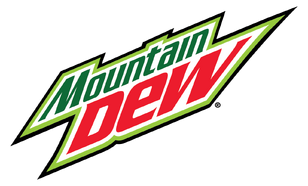 The majority of countries switched to the new Mountain Dew logo in 2017 and 2018. Only a few countries like Japan, China, Brazil, and Turkey still use the old Logo.

Logos in other Languages

These are logos used in various years in various countries, mostly in Asian countries, bilingual cans and bottles were released and even some of them had a 2nd logo in the 2nd language. 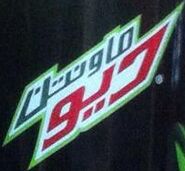 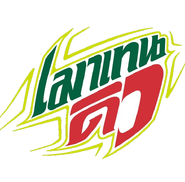 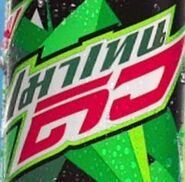 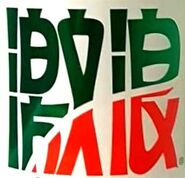 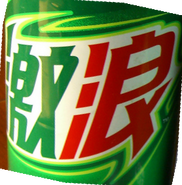 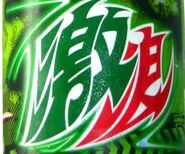 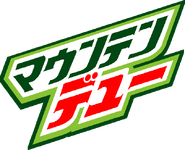 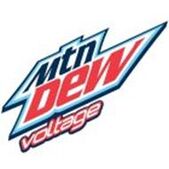 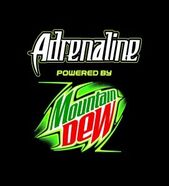 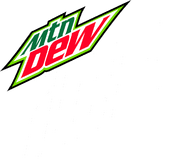