Mountain Dew Game Fuel was a recurring series of promotional flavors tying in to video games. Beginning in 2007, releases of Game Fuel branded flavors of Mountain Dew occured until 2017.

In 2019, a new lineup of flavors under the name Game Fuel released. Formerly known as Amp Game Fuel, these drinks come in a 16oz resealable can, and contain vitamins intended to increase gamer alertness and accuracy. The drinks are sold year-round, and have effectively succeeded the original Game Fuel promotional flavors.

Beginning in 2007, the Game Fuel drink lineup promoted recently released video games. The promotion traditionally included a limited-time release of recurring flavor Citrus Cherry alongside a brand-new flavor.[1] The Game Fuel promotion would usually include a gaming-themed promotion, such as codes for double XP or other gaming-related prize promotions.

To coincide with the release of the Xbox 360 game, Halo 3, Mountain Dew released this flavor in August 2007 for a 12 week period. It was a citrus-cherry flavored drink and was a bright red-orange color. It was also available in Slurpee form, as well as in exclusive aluminum bottles similar to those from Green Label Art.

One of the two flavors was the same formula as the 2007 Game Fuel, renamed "Horde Red" and with World of Warcraft packaging and an updated "Mtn Dew" logo. The other flavor for this promotion was a newly created Wild Fruit-flavored Mountain Dew. It was named "Alliance Blue" and was bright-blue colored. 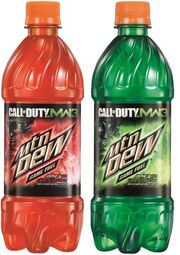 Demand for a rerelease of Game Fuel had increased following the rereleases of Typhoon, Supernova, and Pitch Black as part of the Back by Popular DEWmand campaign. Rumors began to spread about a possible Game Fuel return when an eBay auction for two new bottles of Game Fuel was spotted by a Dew Labs member and posted onto the Mountain Dew Facebook page. The auction had been posted by a Pepsi employee, and it ended on August 17, with the winning bid at $49.00. The status of these two flavors remained officially unconfirmed until August 24, when Mountain Dew officially announced the two flavors on their Facebook page.

Both bottles had packaging promoting the game Call of Duty: Modern Warfare 3. One was the original Citrus Cherry flavor, while the other flavor was a dark green color, with a "charge of Tropical flavor," indicating it was the mystery tropical flavor previously tested by Dew Labs members. In October 2011, Mountain Dew Game Fuel began appearing on shelves, featuring codes that granted players double experience points in-game when entered on the Double XP website.

In late August 2012, a YouTube video was uploaded by a Pepsi employee showing a prototype bottle of Game Fuel Citrus Cherry, which featured Halo 4 logos and artwork. Also seen on the bottle was the logo for the Dew XP Promotion, indicating that the packaging would contain codes that could be redeemed for in-game experience points. The flavor would officially make a return to shelves within a few months following the initial leak.

Throughout August 2012, the official Facebook page for the Mountain Dew UK team released a series of images, each one revealing more information about an upcoming promotion. The final image, posted on August 22, revealed that the United Kingdom would be getting their own Game Fuel variant to coincide with the upcoming Xbox 360 game Halo 4. Similar to the American cherry-citrus flavor, this variant was a bright red-orange colored drink, with a raspberry-citrus flavor. The packaging featured Halo 4 artwork and logos, as well as codes that can be redeemed online to enter fans for a chance to visit the headquarters of the game's developer, 343 Industries. 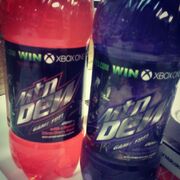 In 2013, new images began to surface online that hinted towards a possible Game Fuel return, the images suggesting that the original Citrus Cherry flavor would be returning, alongside a new counterpart flavor, which has since been dubbed Electrifying Berry. Unlike previous incarnations, these two Game Fuel flavors featured packaging art for two separate games. Citrus Cherry sported Dead Rising 3-themed packaging, with Electrifying Berry's packaging promoted Ryse: Son of Rome; both being Xbox One exclusive titles.

In 2014, the original Citrus Cherry Game Fuel flavor first began appearing in certain regions in both 12-can packs and 20 oz. bottles, with no game promotion and no label indicating it is a limited time release. No official information was released by PepsiCo. 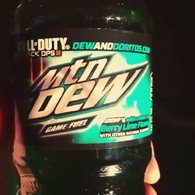 On May 4, 2015, an online Mountain Dew store was opened on Amazon, which listed multiple Mountain Dew flavors. Additionally, it was announced that Citrus Cherry Game Fuel would be available year-round through an Amazon store, in 15-packs of 16 oz. bottles. Codes included with these 15-pack bottles unlock rewards in the PlayStation game Warframe.

On May 20, 2015, images were posted on Instagram of Game Fuel (Berry Lime). This flavor was used to promote Call of Duty Black Ops III alongside the annually returning Citrus Cherry.

On May 25, 2016, Game Fuel (Mango Heat) was leaked online, Instead of promoting Call of Duty again, Titanfall 2 was the game promoted in 2016. Both Mango Heat and Citrus Cherry released later that year. This was the first year that the Game Fuel promotional flavors were made low-sugar, now having 100 calories per 12 oz. It is unknown of what made this change.

On May 27th, 2017, two Game Fuel flavors were leaked online: Arctic Burst, a flavor previously released in Slurpee form, as well as Game Fuel (Tropical Smash), an entirely new flavor. The flavors were distributed in mid-fall 2017. Arctic Burst promoted the video game Middle-earth: Shadow of War. During Tropical Smash's prototype release stage, it was indicated that it would be promoting the same game as Arctic Burst. It was later changed to promote Forza Motorsport 7. 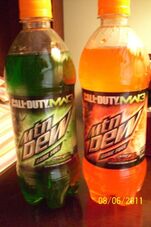 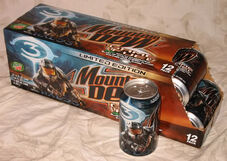 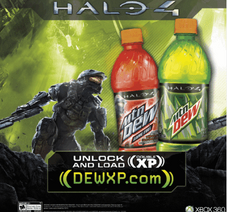 One of the Halo 4 Game Fuel promotional posters. 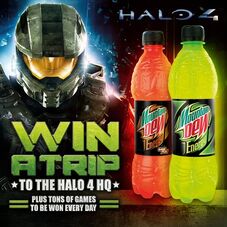 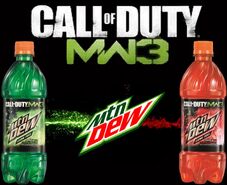 One of the promotional posters for the MW3 Game Fuel. 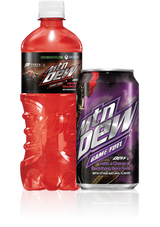 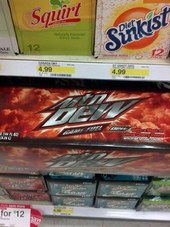 Can pack without game promotion 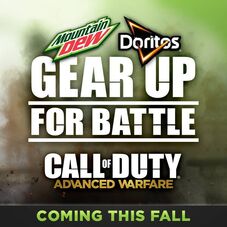 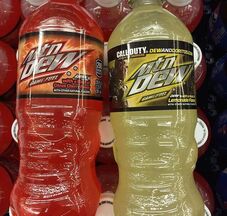 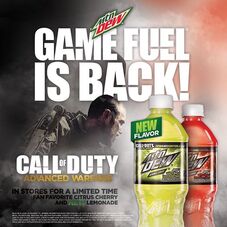 Promotional artwork for Game Fuel's 2014 Fuel Up For Battle release. 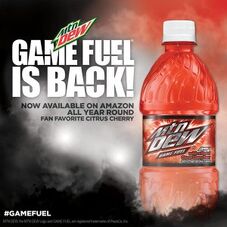 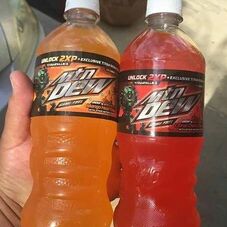 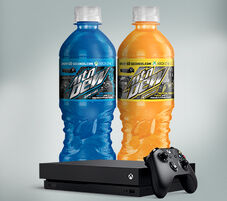