DEWmocracy Canada was the official name of the first event in Canada that offered flavors of Mountain Dew aside from the original Citrus Charge flavor, which had been the only flavor available in Canada for over twelve years (Code Red, one of the participating flavors, had been available in the country for a limited time in 2002 until 2005). The winner of the event was announced as Voltage on July 4th, 2013. The contest was reinstituted in 2014, with three flavors that could be voted for: Code Red, White Out, and Supernova.

The flavors in DEWmocracy Canada consist of competitors from prior American DEWmocracy promotions (excluding Code Red). These candidates were Voltage and Supernova, Code Red & White Out. Again with the exception of Code Red (which was briefly available in Canada during the early 2000s), these flavors previously been unavailable in Canada because of a law that had banned caffeine in non-cola soft drinks, which was lifted in 2010.

The losing flavors of 2013's DEWmocracy Canada returned in 2014 as part of the Back by Popular DEWmand promotion. Mountain Dew began to tease it in early May of that year. Mountain Dew posted an official announcement on May 12th, 2014, which would declare a return of the three flavors on May 19th, 2014; the following Monday. The contest ended on August 3rd, 2014 with the announcement of a winner.

The contest that coincided with DEWmocracy Canada offered a chance to win $50,000 with every vote. Voters could cast their ballots through mobile, Facebook, or YouTube. There was also a contest for the best YouTube video promoting the flavors which would grant the winner 1% of the total sales from the winning flavor.

Mountain Dew Canada released the 4 flavors in 20oz / 591mL bottles and in 12 can variety packs, which had 3 cans of each flavor in every pack. At the time of this contest, there were no 2L sizes. Supplies of 7UP and Citrus Charge Mountain Dew were decreased in order to make room for the new flavors. The promotion and the flavors were pulled from stores on June 9th, 2013, with Voltage announced as the winner on July 4th, 2013 on their Facebook page, despite the date of announcement having originally been July 14th, 2013. Voltage began appearing in stores throughout Canada on July 15th of the same year.

Back By Popular DEWmand Canada

Due to the popular demand for the three losing flavors of DEWmocracy Canada, Code Red, White Out, and Supernova were released for the summer of 2014 in Canada for a limited time only on May 19, 2014. Sampling kits were also released for the promotion before the official market release date.

Mountain Dew Canada revealed on August 5th, 2014 that over 550,000 votes had been cast and that Code Red had won, and was launched as a permanent flavor on September 2nd. It has not been revealed which flavor came in second or third, or how many votes each flavor received. Unlike with prior DEWmocracy promotions, a full flavor demographic was not disclosed at all during the course of the campaign.

The aftermath of the second campaign, however, was not as successful as the first, since Code Red has been discontinued in 2019, only occasionally appearing at Circle K fountains, unlike Voltage which is still being bottled as of August 2021. 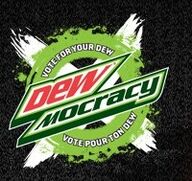 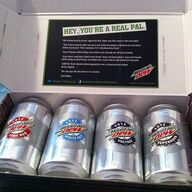 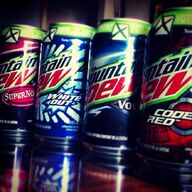 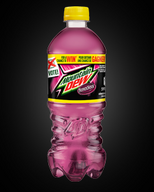 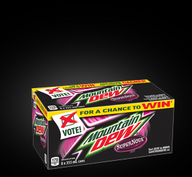 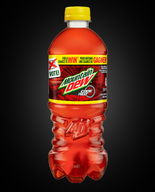 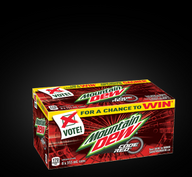 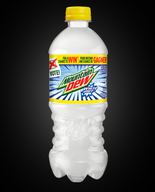 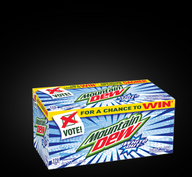